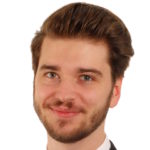 With only two months remaining until the 58th U.S-presidential elections, we now enter the crucial phase of each candidate’s campaign: “Crunch Time” as they say in the U.S.

This post marks the starting point of a new series by the Galtung-Institut dedicated to analyzing the U.S election until the 8th of November, when the citizens of the United States of America – mediated by the Electoral College – vote for their presidential candidate. This post will be updated weekly and is aimed at equipping our readers with valuable information about current issues in the U.S in light of the promises being heralded by the two presidential candidates. We’ll plough through the political programs of the candidates and their speeches, so you don’t have to. Occasionally, we’ll venture forward to drop an implicit forecast here or there about what to expect in the next weeks to come. The key formula behind our approach: Much Diagnosis – Some Prognosis – More Therapy. The spirit behind this peace studies driven endevour: Are they proposing measures that can solve underlying conflicts?

The obvious start is to understand and differentiate between each candidate’s public statements via their official online presence; independent from the mainstream media’s talking points and editing. Directly from the horses’ mouths so to say. Needless to say, both websites share similarities in colors. (Blue; Red;White – colors of the US flag). Nonetheless, Donald J. Trump’s website is designed in a more patriotic style, as it includes him and his vice-presidential candidate Mike Pence standing in front of the national flag.

“Interestingly both candidates just focus on one candidate, Donald Trump.”

Clinton’s website urges its viewers to agree on „The divisive language we’re hearing from Donald Trump is wrong and dangerous.“, before access to her website is granted. While Trump tries to establish himself as the leader of a national movement „Together, we have created a movement that continues to gain momentum.“[1], Clinton tries to make Trump seem unqualified for the role of a leader. She obviously expresses her reluctance in the first video on her website, called „Trump’s immigration ink blot“. The style of the video refers to the Rorschach test, a famous psychological test to detect underlying thought disorders.[2] The message, yet implicit, is to link Trump to mental illness and instability. Additionally, the video tries to describe him as being overly self-opinionated. This is done by presenting some of his most critical opinions concerning immigration and the wall along the US-Mexican border.[3]

In a speech in New York City, Trump used similar accusations to illustrate Clinton as being the more self-opinionated of the two.[4] In the context of this year’s presidential campaign, polarization between both candidates has accelerated. Prejudices concerning the mental and physical well-being have been articulated by both Clinton and Trump. From the point of view of the heuristic escalation model used at the Galtung-Institut, this strategy is hardly surprising as elections are designed as a zero sum game. The opponent is “otherized” in thought, speech and behaviour. Consequently we expect more verbal polarization and denigration towards each candidate’s supporters. Violent behaviour by both republican and democratic supporters have already occured and this trend might plausibly increase until the election is over. We’ll watch and report.

Donald Trump[5]: Trump presents seven major political positions. These are (1)economic growth, (2)the building of a wall at the US-Mexican border (paid by Mexico), (3) a healthcare reform, (4) a US-China trade reform, (5) a veterans administration reform, (6) an upholding of the 2nd Amendment right and (7) an immigration reform.

Hillary Clinton[6]: Clinton presents 39 political issues which she emphasizes on. These issues are then categorized in six different higher-level groups. Those are (1) economy and jobs, (2) education, (3) environment, (4) health, (5) justice and equality and (6) national security.

In our next post coming on Thursday September 15th, we will look at the political positions of the two candidates concerning the national economy.

The State of the Union: A peace studies look at core domestic U.S problems

Presidential campaigns always place a huge emphasis on the problems – measurable or perceived – of the moment. This is no different for the United States. The discourses about the problems that need to be fixed become core elements of the self-aggrandizement & advertisements by and for the respective candidates.

As we are now in crunch time, both candidates are of course in the business of securing votes. And the self-explanatory rule of the game is this: The more the candidates address “problems” or “issues” and more importantly, the more they announce “solutions” to these problems, the more people will feel solicited and called upon to cast their votes in favor of the most promising. So much to the game plan in democratic politics… meanwhile Guantanamo is still not closed… but that is another issue altogether… or is it?

This said, the G-I has set up an analysis-unit to monitor the ongoing 2016 U.S elections. We’ll be paying specific attention to the official campaign declarations made by either candidate in order to assess how these declared promises and objectives relate to critical problems that can be observed in the U.S today. The following list is just a snippet of the diverse problems the citizens of the USA currently face as seen from the vantage point of a peace studies scholar. This table could be much longer and probably will grow in the coming weeks. Keep an eye on it. As you will see below, they are selected according to 8 socio-analytical lenses aka “social faultlines” in Galtungian sociology. [For in depth elaborations on this approach to social sciences, consult: Van der Veer, Kees; Galtung, Johan et al; ISBN 978 90 361 0140 0; (2009): Multidimensional Social Science – An inclusive approach to social position and inequality.] We do not expect Clinton or Trump to have ever heard about professional peace studies or conflict transformation, but we will scan and assess how progressive their policies are based on our academic and professional standards.

In the coming two months before the November 8th election, we will scan these issues in more detail on a weekly basis and draw our conclusions as to whether the official positions of the presidential candidates take the identified underlying problems that are troubling the “state of the union” into account. This exercise should enable the reader to differentiate between real “issues” that need to be redressed and those that just found their way into the public political arena for their populist appeal or because of “news values”. To be sure: Our analysis will also include the diverse positive developments within the U.S in the last years in order to highlight the importance of ongoing constructive efforts on domestic political issues by the candidates. Hopefully we’ll find the candidates programs to be concerned with improving on the successes of the recent past.