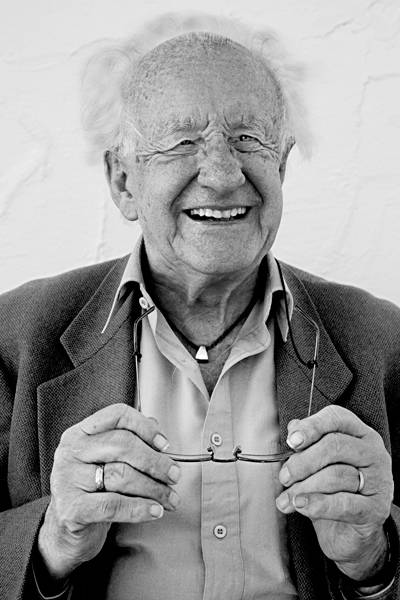 “Gandhi’s Political Ethics” was Johan Galtung’s first academic book, co-published with his tutor and friend, Professor Arne Naess in 1955. During the three years after the publication of Gandhi’s Political Ethics, Galtung worked – among other things – on finalising the conceptual framework for what in 1959 became the world’s first academic institute with “peace” in its name, the International Peace Research Institute Oslo (PRIO). In 1964 he founded the Journal of Peace Research. From the beginning, Galtung has been dedicated to identifying the necessary and sufficient causes for peace and equity. This was the successful outcome of the internalization of Gandhian Ethics by the mind of a scientist. It is for this early pioneering achievement that Johan Galtung is internationally referred to as “the father of peace studies”. Today, a little over 50 years after Johan Galtung launched peace studies as an acdemic field of inquiry, it is estimated that over 500 academic programmes at universities all over the world offer courses in this domain. Johan Galtung’s recent account of 60 memorable and useful lessons learned from that period of his work can be read in “Launching Peace Studies The First PRIO Years”published in 2010 by TRANSCEND University Press Popular.

All of Galtung’s ancestors for several generations were medical doctors and nurses. When he was born in Oslo on 24 October 1930, a friend of the family said, “A physician has been born”. In some way, Galtung is indeed a doctor, but his patients are not individuals, but whole societies with their pathologies. Adopting the terminology of medicine, he has developed diagnosis (what is the source of suffering), prognosis (what is likely to happen without intervention) and therapy (what can be done to reduce violence and suffering) for conflicts around the world. Recently he added “therapy of the past”, or counterfactual history: how could violence have been prevented if different courses of action had been taken at a given point in the past? In 1956 he got his PhD in mathematics, and in 1957 in sociology. Galtung has contributed original research and insights to many areas of intellectual inquiry, including peace studies, peaceful conflict transformation, reconciliation, education, international relations, non-offensive defense, human rights, basic needs, development strategies, a life-sustaining economy, macro-history, the theory of civilizations, federalism, globalization, communications, deep culture, peace and religions, social science methodology, sociology, ecology, and future studies. He has so far published over 150 books and over 1500 essays, articles and papers in scholarly and popular journals, translated into over 30 languages. 2010 saw the publication of book number 151 by Johan Galtung, “A Theory of Conflict: Overcoming Direct Violence” which is book number 8 of a decalogue showcasing the scope of Johan Galtung’s practice-indicative theoretical insights. Indeed, above all, Galtung has not only developed theories, but also put them into practice. From his father, a surgeon, he learned that discussing medical problems without helping people who suffer is immoral.

Leaving behind the safety of mono-disciplinary social science, Galtung, became assistant professor for mathematical sociology at Columbia University in New York at age 27, being younger than many of his students. His mentors were the master methodologist Paul Lazarsfeld and the master theoretician Robert Merton. They offered him tenure, but he preferred to return to Oslo where he founded PRIO, the first of dozens of peace institutes that he has helped found throughout the world. He went on to acquire multiple scientific perspectives from which to understand and explain better the various facets of peace. Since that first teaching assignment, he has taught thousands of students in many universities and institutes around the world, and inspired them to dedicate their lives to peace. In the 1960s, Johan Galtung began studying peace from a sociological, political science and international relations perspective. In the 1970s came the time to deepen his inquiries on the conditions, forms and effects of peace with the conceptual instruments of the study of religions, economics and pedagogy. In the 1980s, Johan Galtung explored the methodologies of historians and helped define macrohistory as an approach providing better insights into major historic trends. One of his papers is entitled, “On the last 2500 years in Western history and some remarks on the coming 500”. In the decade before the millennium, Galtung focused on Jungian and Freudian psychological readings of conflict and peace as well as on anthropological and civilizational determinants of conflict, violence and peace. The culmination of his research in this domain is to be published under the title “A Theory of Civilization: Overcoming Cultural Violence” early 2012.

The above paragraph shows how the breadth and depth of Galtung’s contributions to theoretical models elucidating social phenomena related to conflict and peace came about. For academics trained in journalism and in media schools all over the world, Galtung & Ruge’s “News Values Theory” enumerates systematically the fundamental criteria according to which events make headlines. Several of Galtung’s trademark tripartite concepts (i.e the attitude , behaviour , contradiction triangle, the distinction between direct, structural and cultural violence or the classification of peace strategies into “peacekeeping, peacemaking and peacebuilding”) are known and used in International Relations, Peace Studies and Development Studies and have become official UN lingo. Equally essential and more complex are his “Rank Concordance and Rank Disequilibrium Theory”, his timeless “Structural Theory of Imperialism” and his fascinating “Theory of Synergizing and Synchronizing Contradictions”, which enabled him to publish about the impending fall of the Soviet Empire ten years in advance in 1980. This theory, informed by insights into daoism, is at the core of his case study “The Fall of the US Empire – And Then What?” In this book, Johan Galtung predicts the  decline and fall of the U.S Empire by 2020 (click for video), possibly followed by a blossoming of the US Republic once it has shaken off the albatross of empire, a prediction he made public for the first time in the year 2000.

Unsurprisingly, this massive theoretical insight into the dynamics of conflict formations led to the creation of TRANSCEND International, a global network for Peace, Development and Environment dedicated to bringing about a more equitable and less violent world through conflict transformation and mediation. Founded by Johan Galtung and his wife Fumiko Nishimura in 1993, TRANSCEND International currently connects over 500 invited mediators, peace workers, peace researchers, journalists, teachers, authors, artists, professors and  students based in over 80 countries on 6 continents. It rests on four pillars: Dissemination (Peace Journalism), Action (Conflict Mediation), Research, and Education (DARE). Johan Galtung has himself been invited to mediate for TRANSCEND International in roughly 150 conflicts around the world. The TRANSCEND method, which he has developed in over 50 years of research and practice, consists of three main steps:

(1) Dialogue with all conflict parties (both direct and indirect) separately, explore their goals and fears and earn their confidence.
(2) Distinguish between legitimate goals, which affirm human needs, and illegitimate goals that violate human needs. Whatever we demand from other parties, we must be willing to grant to others. For example, self-determination is a legitimate goal, ruling over others is not.
(3) Bridge the gap between all legitimate but seemingly contradictory goals through solutions that embody creativity, empathy and nonviolence, building a new reality.

Galtung remains a regularly invited expert in conflict situations at all levels, all over the world. Notable cases include the peace agreement between Ecuador and Peru, in which he helped end a series of wars over a disputed border territory by suggesting to make it into a “binational zone with a natural park”. Another recent case he helped resolve was the dispute between Denmark and the Muslim world over the cartoons depicting Mohammed in a degrading manner, and the Danish prime minister’s refusal to have a dialogue about how to balance the right to free expression with the right not to be insulted. For additional examples, see “50 Years – 100 Peace and Conflict Perspectives” ranging from “A” for Afghanistan to “Z” for Zimbabwe – in which Johan Galtung outlines concrete solutions for 100 conflicts in the chronological order in which he was invited to work on them.

Now, 18 years after the creation of TRANSCEND International, the Galtung-Institut has been created in order to:

(1) Systematically make available, impart and expand the entirety of Johan Galtung’s findings in light of ongoing dialogues on peace and international politics.
(2) Carry out on site activities in cooperation with the TRANSCEND Peace University (whose Founder and current Rector is Johan Galtung) by offering tutorials, courses and specialisations with a particular focus on conflict theory, solution-oriented conflict analysis, mediation, and peace journalism.
(3) Organise public lectures with internationally acclaimed intellectuals and peace researchers on issues ranging from non violent geopolitics to nonviolent education in primary schools and conflict literacy.
(4) Issue research papers and policy advice based on the Diagnosis-Prognosis-Therapy method of conflict analysis developed by Johan Galtung.

Galtung has been a frequent consultant to governments, companies and to the United Nations and its family of organizations. His relentless dedication to peace since he published Gandhi’s Political Ethics has been recognized with thirteen honorary doctorates and professorships and an alternative Nobel Prize. He has generated a unique conceptual toolkit for empirical, critical and constructive inquiry into the subject of peace. The fundamental purpose of the Galtung-Institut goes beyond the transfer of the theoretical, methodological and practical skills developed by Johan Galtung and others in over 50 years of progress in peace research and practice. The overall goal of the G.I. is indeed to continue contributing to the further development of peace theory and peace praxeology in the interest of a desperately needed reduction of human and environmental suffering.